The DCP  is an acrobatic dance company that performs a unique mobile show called “The Agency”, created in 1995.  A high powered highly visual performance hybrid incorporating precision briefcase ballet, corporeal mime, acrobalance, comedy, tragedy, acrobatics, tumbling, contemporary dance, grotowski theory and various forms of music, theatre and film. Adapted for both indoor and outdoor venues, this production has been on tour to Australia, Japan, Singapore, Holland, Germany and Belgium and has featured over 65 artists over 20 years. 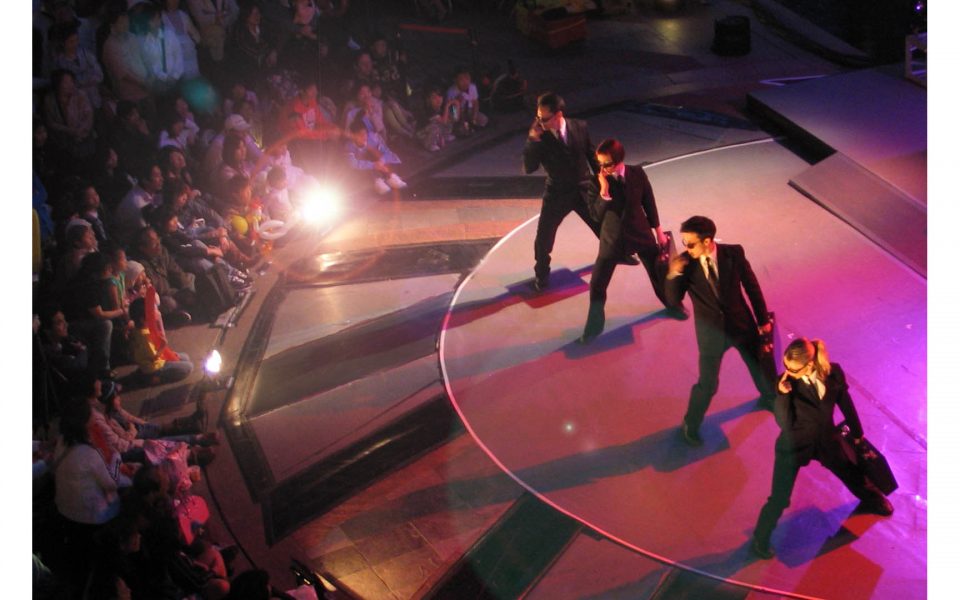 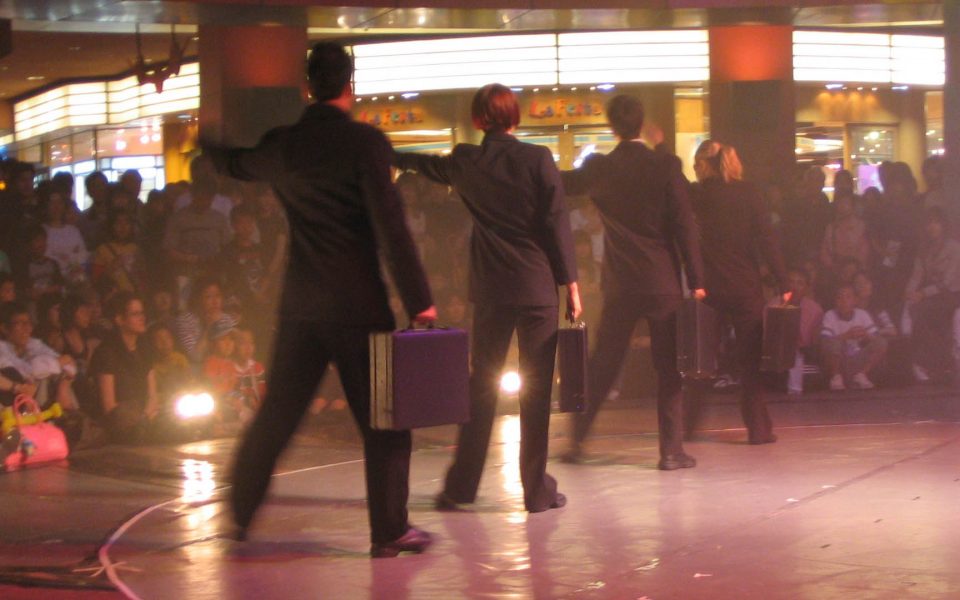 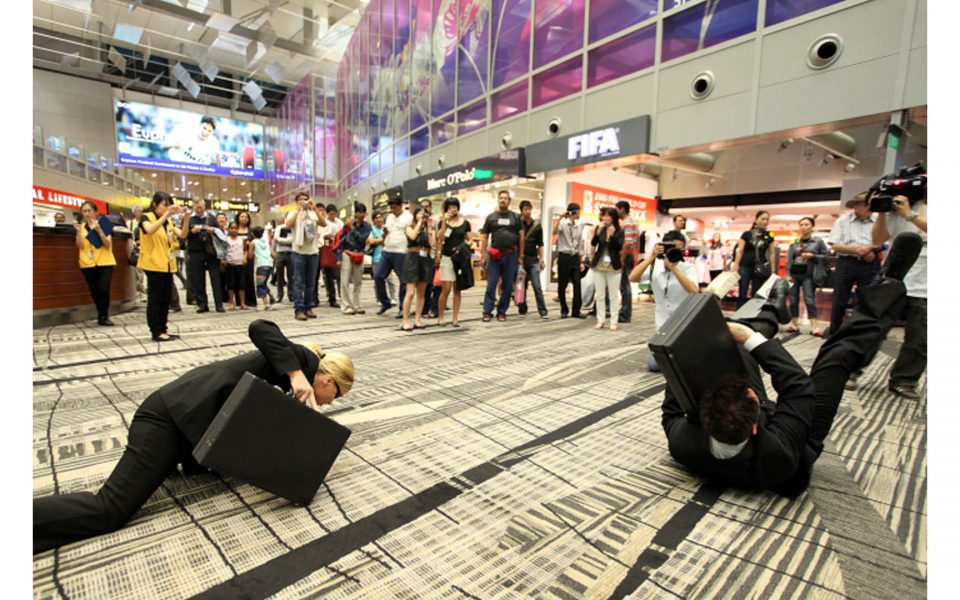 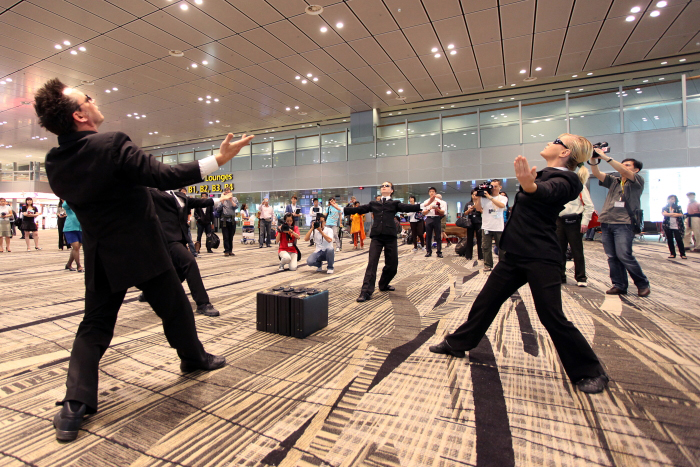 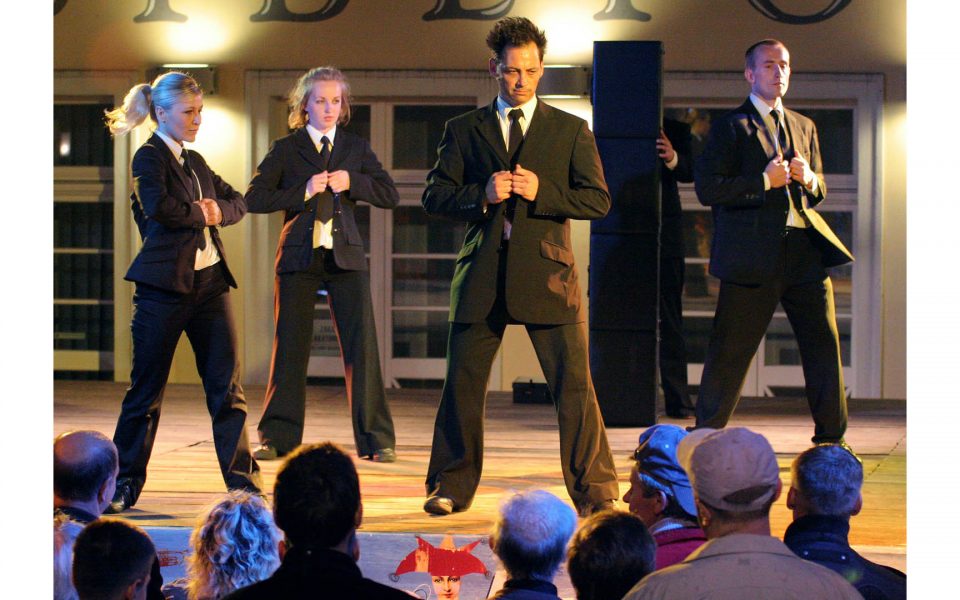 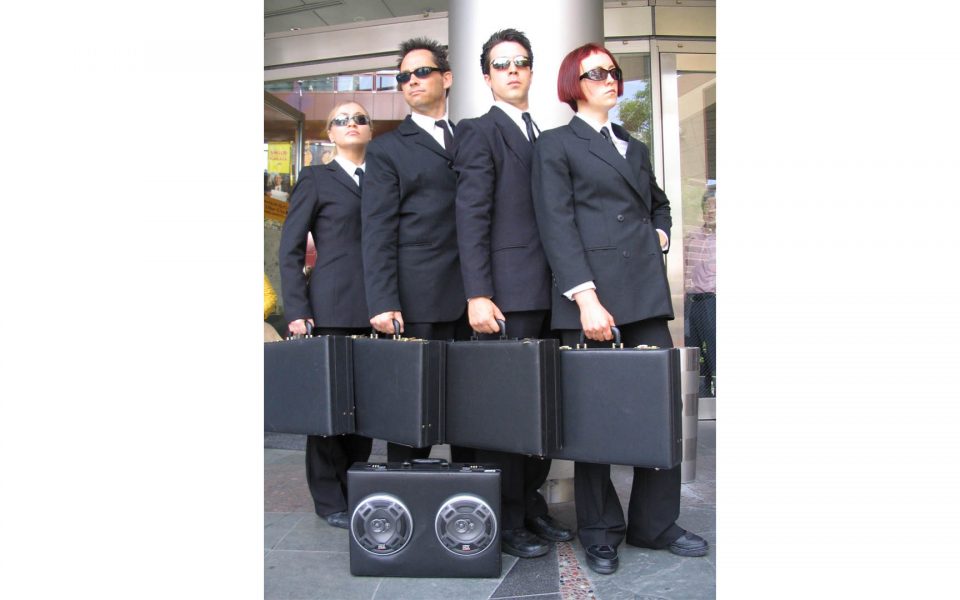 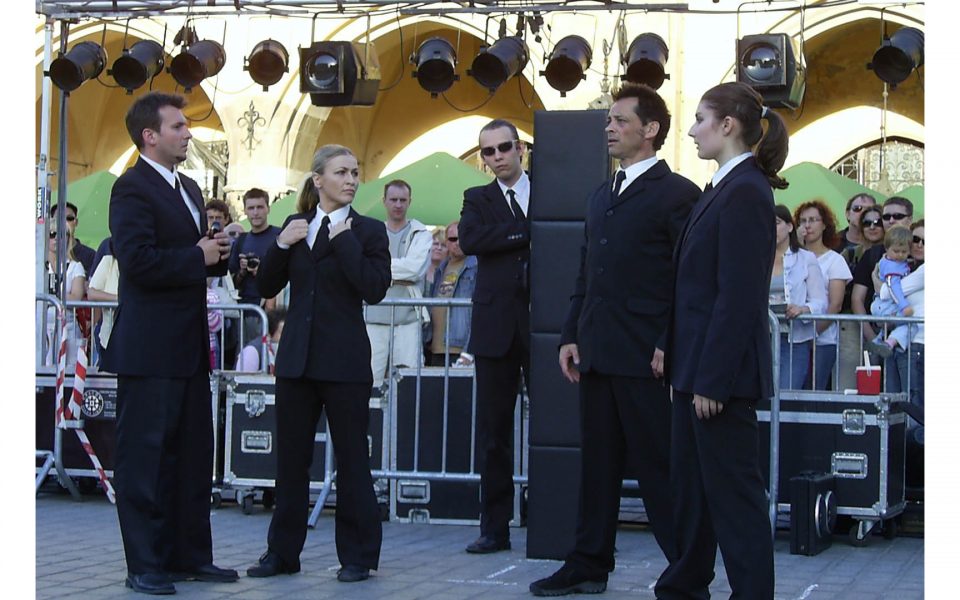 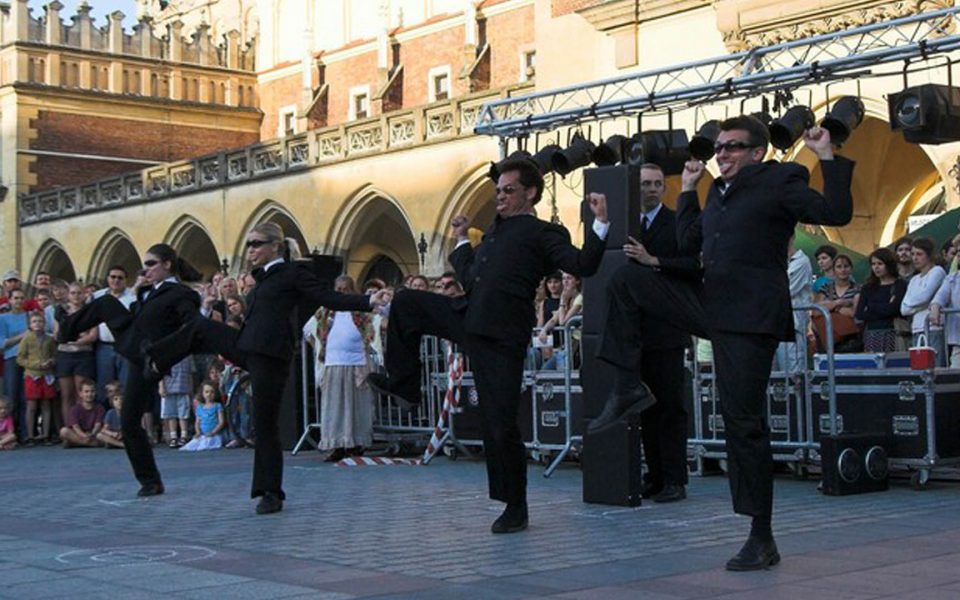 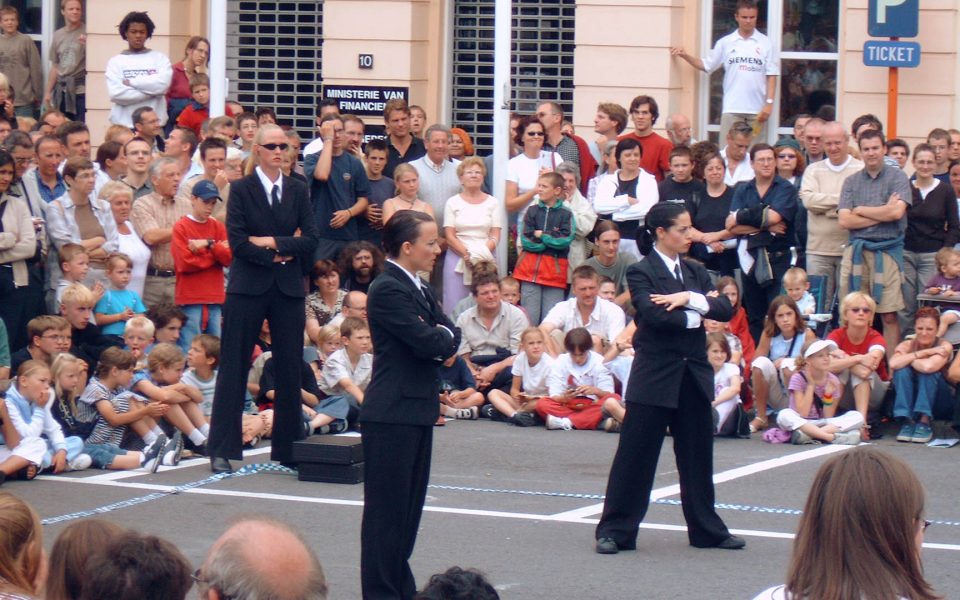 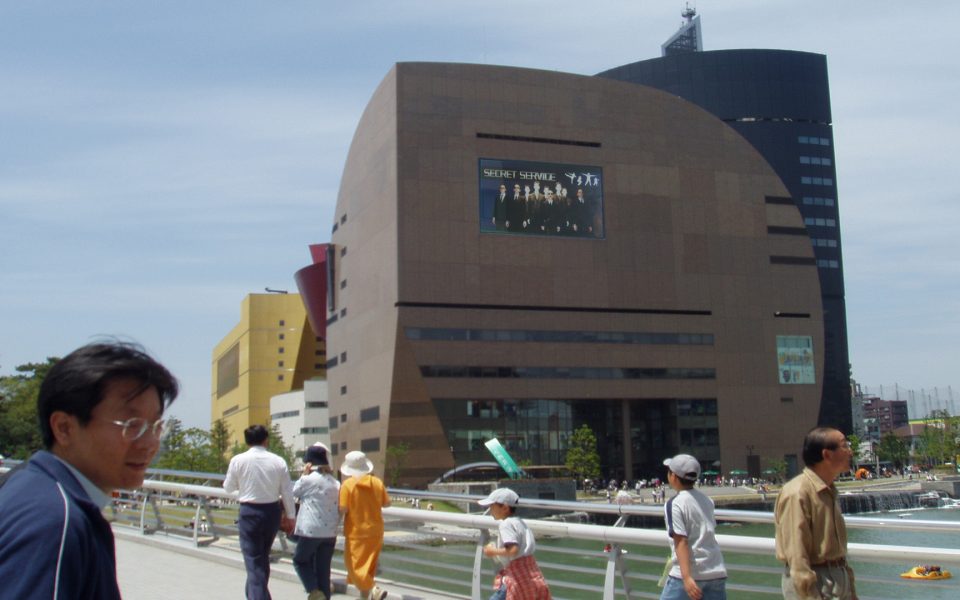 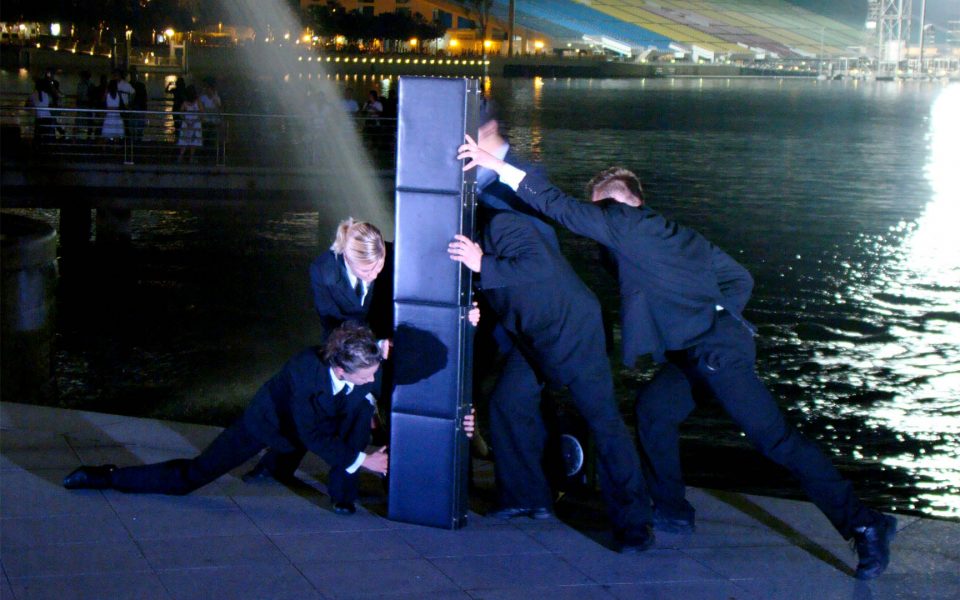 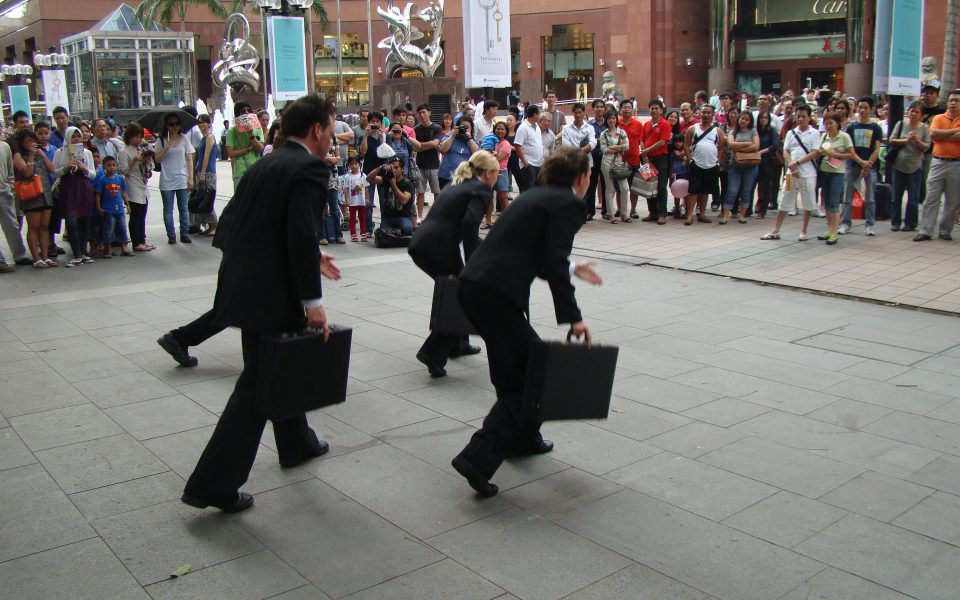 This documentary captures 20 years of training, development and touring for the DCP creation of “The Agency”. Since it was created, this show has used seasoned professionals along side members of the general community who have attended workshops so that they may participate in the show at local festivals and events that are presented with a community engagement mandate.

This demo video, created  for marketing purposes, features clips from all of our performances through out Europe and Asia.

DCP | The Agency | Part One | Theatre of Chase (FullShow)

Part one of the full show, performed at The FETA Festival in Gdansk, Poland.  In the portion of the show, the audience is taken on a voyage as the actors move towards the final destination of the finale.

This video is part two of DCP, The Agency, performed at the FETA Festival in Gdansk, Poland.  Performed in front of the Prison Tower on The Targ Weglowy, next to the Dwor Bractwa sw. Jerzego after a promenade performance down the Dluga, the central shopping street of old Gdansk.

Originally created in 1983, this mime dance performcne installation was reworked to be presented at the Opozycja Dance Festival in Gdansk, Poland in 2005.

This video was taken during the development phase of “Brigade Douaniere” where the DCP created choreography for Ulik Production, a spectacle company based in France.  The final performance was presented at the Embassy for Saarland in Berlin, Germany in 2012