Hello and welcome. Glad you could make it! I started working as a creative developer in Calgary in 1980. Since then, in my capacity as a producer, I have been involved in the development of a multitude of projects in both the cultural, commercial and digital sector. Here you will find a list of all the services, products and cultural projects I am currently pursuing. In addition you can have a look at the archives to find out more about what I have created through out my career so far.

Thanks again for coming, have fun…lots to see here. 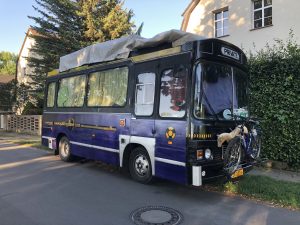 LUL 522X is a mobile production facility.  Since 2017, I and my daughter have been living in the bus while we search for a new apartment.  Berlin is having a massive housing shortage and we have had no luck in all that time.  Winter is coming and so we are looking to rent a parking space where we can get water and power.  If you know or have a space that could fit this bus, let me know by email buslandfilmstudio (at) gmail.com!

Click here to read about the history of this bus

Have a look through this site to get an idea of the kinds of things I do!

100 Things You Need To Know About Living in a Bus

In 2019 I started production on a short series of videos designed to help people transition to tiny home and mobile living.  This video gives the back story on why we now live in a bus.  The series is still in production with a view to release in spring 2021.

The Yin and Yang of All Things 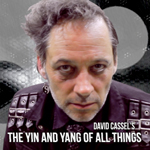 My most recent album is a 20 song adventure through the light and dark that life presents us with.  You can listen to the album and buy it right here:

In 2000, I was commissioned by the Museums Board of Victoria in Australia to create the multimedia epic “Timeshifter” as the live component for their exhibition “Hollywood Special Effects” at Scienceworks Museum. The final presentation was a 45 minute show that started in a cinema, where the show began as a feature film on a big screen.  The film took place in the year 2029. Seven minutes later, through a strange rip in the time space continuum, the characters appeared in front of the audience live in the year 2000. Space Commander then proceeded to move the 200 people that attended each performance from the cinema and then approximately 500 meters, through the Museum, to a separate building where the finale was played out with live actors and screen based images.

After the show, audience members were told that they could watch the show from a different angle “on line” at www.spacecommander.tv/vortex .  Of course in the year 2000, the internet was still an infant and it took 3 hours to down load a 3 MB movie so while we had all the film footage, computers and software to manifest this idea, it would be another 8 years before the speed of the internet would make it possible to give the idea a road test.  The idea was many years before its time.

For me, however, it was the realization of a dream that had been in development since 1986, when I had gotten my first Apple computer and played a game on it called “Space Ace”. The idea of a multipathway adventure siezed my imagination and the live multimedia performance project “Timeshifter” and it’s digital companion “”Vortex” were the result.  On May 1st, 2016, I posted the complete series of 24 short integrated films (or scenes) as “Space Commander’s Adventures in The Vortex”.  I have remastered the footage which was shot with the first prosumer digital camera to be introduced into the marketplace in 1998, a Sony mini DV  TRV900E.  At the end of each episode you are required to make a choice.  Of course, these days, people seem to prefer linear stories, so if you leave it on auto play, you don’t need to make any choices and a linear story you will get.

In episode 2 there is a choice to be made that will take you to one of two alternate universes.

I suggest you start your voyage here, in the year 2029:

Be sure to subscribe to my YouTube channel so that you can be one of the first to see this epic come to life on the internet 20 years after I started working on the first film in the concept in 1994.

So…in a nutshell, that’s what we do here; Dream BIG and never let anyone tell you that something is not possible!!!

My flagship project “The Agency” integrates on line digital education with a physical theatre training program. It has been created as an example of the kind of Digital and Physical convergence that 21st century technology has helped us to facilitate.  You will find a link here in the Performance Archive.

Each year I have the opportunity to share my approach with professional actors, dancers and clowns as well as students and members of the general public who just want to improve their aptitude and ability. It something I hope to continue to do long into my twilight years because education is at the root of all understanding and the key to personal success.

David Cassel has been working professionally as a writer, director, designer, teacher, and performing artist since 1978.  He has spent his career traveling the world creating and presenting original inter disciplinary productions that have convergence and hybridization as their central creative principles.  Each of David’s performance explorations bring together a multitude of elements including comedy, clown, character, story, narrative, acting technique, circus skill, juggling, acro balance technique, acrobatics, choreography, dance, improvisation, and, most importantly, human interactivity.

In addition to a robust performance career, David has continuously created numerous educational curricula for classes and workshops in physical theatre and sport oriented performance and a variety of related disciplines that have been presented through primary, secondary and tertiary school systems in Canada, Australia, Belgium, Holland, France, Germany and Poland.

While always maintaining a relationship with outdoor performance and spectacle, David has extensive indoor experience as a Theatre Designer, Film Maker, Digital Programming Specialist, Educator, Producer  and Artistic Leader.  He has developed learning processes that integrate on line digital education with an intensive live physical theatre training program. David’s work is an example of the kind of Digital and Physical convergence that 21st century technology was created to facilitate.

Winner of the European Outdoor Performer of the Year (Rotterdam 1995) for his solo production of “Hotch’s 3D TeeVee”,  David has made the front page of 7 international newspapers in addition to receiving numerous Australian University Comedy and Short Film awards. He has performed and taught in over 30 countries.

David’s most recent lead role on stage was as “Man” in Neil LaBute’s “This is How It Goes” at the English Theatre Berlin, Germany.  His most recent educational posting was as the Story and Physical Theatre Coach at Die Etage School for the Performing Arts, the second largest performing arts school in Germany.  In 2012/13 he was a Creative Developer on the Cirque du Soleil production of “Michael Jackson ONE” and he regularly performs live as The Ukulele Bandito, creating custom songs and videos for clients all over the world.

In 2016 he appeared in the lead role of Detective Weeks in Season 8, Episode 10 of “Untold Stories of the ER” on the TLC Network[/vc_column_text][/vc_column][/vc_row]